Whale of a time at Whale of Trail 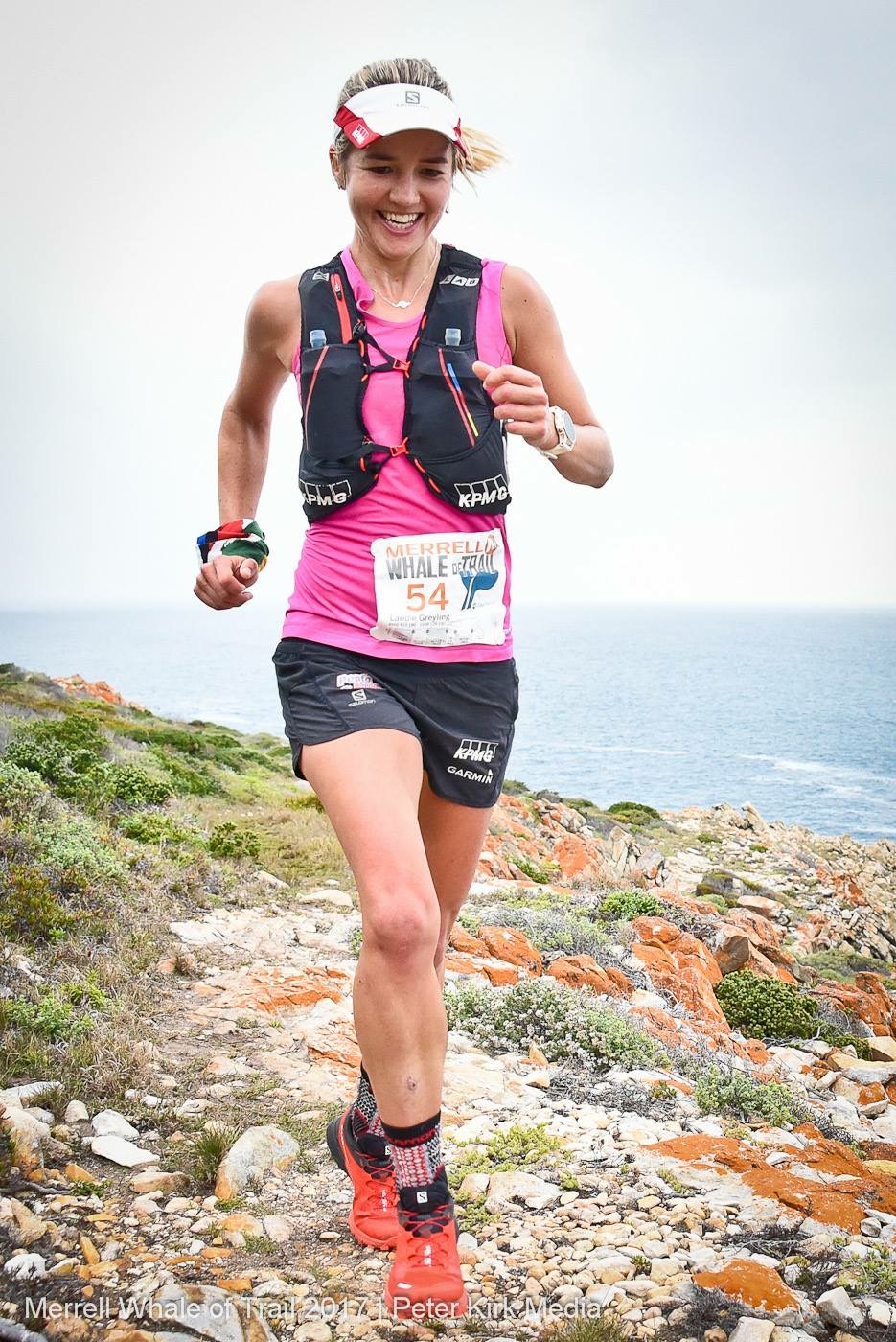 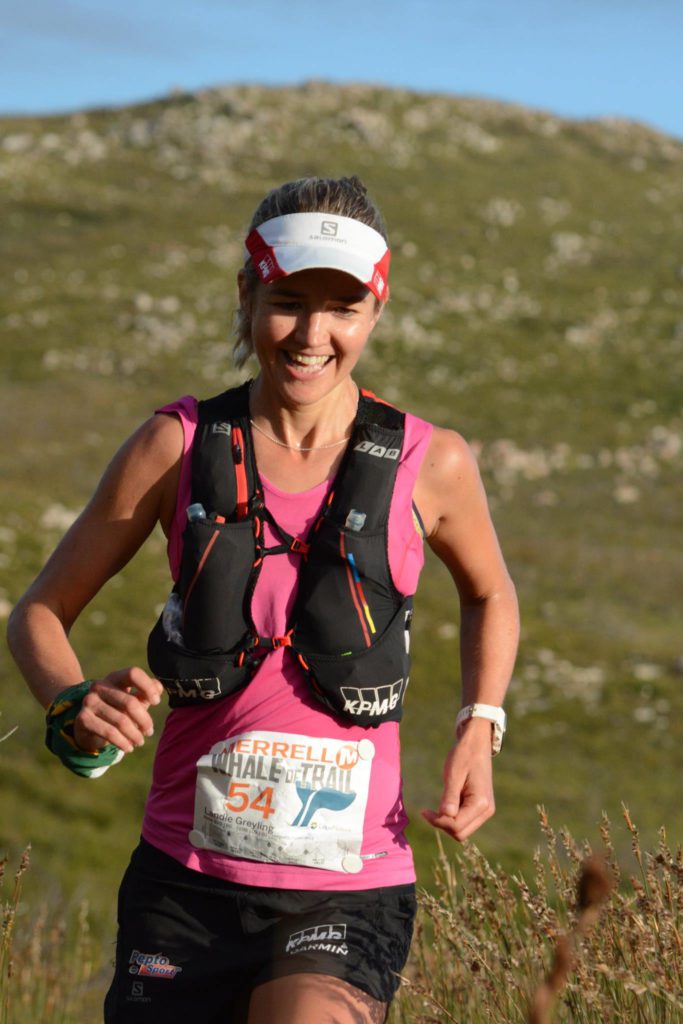 This past weekend I was one of 130 fortunate folks to “trailrun” one of South Africa’s iconic five day hiking trails, the Whale Trail, offered by Merrell and the Mountain Runner Team as a 53km run over “spectacular mountain fynbos, technical rocky ridgelines, sandy beach stretches and endless, mind blowing, beautiful vistas.”

Although the Whale Trail has been on my bucket list since the 1st edition in 2014, this year would certainly be even harder to squeeze in because of our extensive travels. After all, we only arrived back from a 2 month stint of racing in the Azores, France, Madagascar and Jeffrey’s Bay a mere 3 days before the event.

Nevertheless, after an invite from the Mountain runner team and a carrot of quite a descent amount of pocket money for a win, Christiaan and I pushed aside how tired we were and to even further resonate our motto of living a life without limits, we decided to include the Whale of Trail as another stop on our 2017 travels.

It undoubtedly was an unequalled experience as the trail traverses one of the Western Cape’s most unique and diverse nature reserves, not even to talk about the sterling event management, delightful venue and catching up in full swing with the trail fraternity. 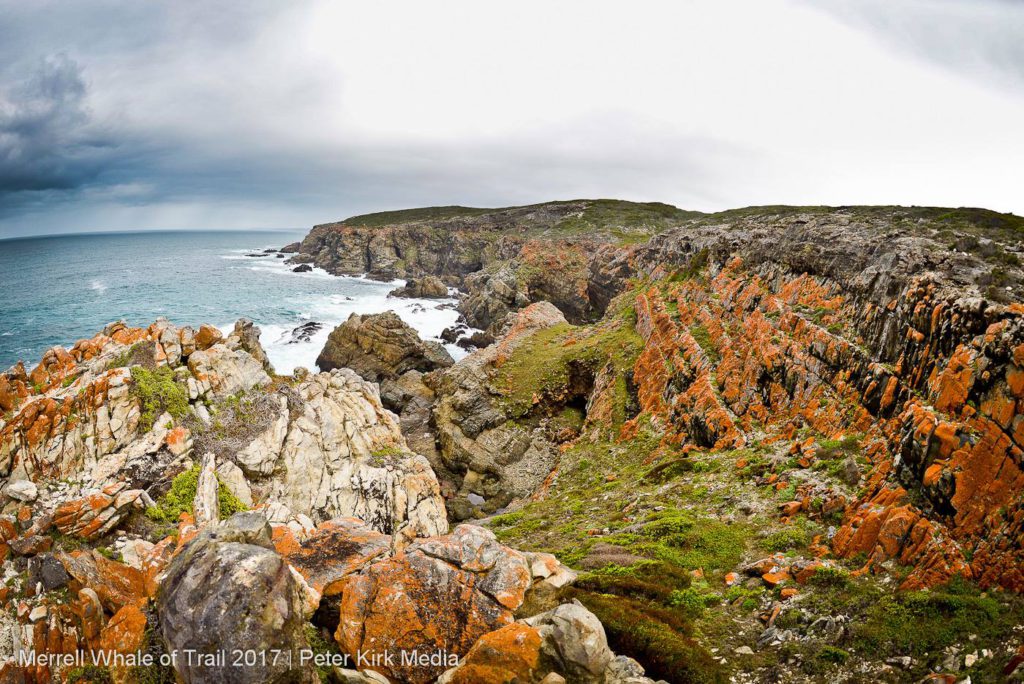 The route itself stretches from Potberg to Koppie Alleen and lets you explore the unsurpassed natural diversity of the De Hoop Nature Reserve, where the fragrance of fynbos on the Potberg mountains and the unique limestone fynbos plains intermingle with the salty sea air of the marine protected area.

On a beautiful crisp winters morning, we were greeted to the glorious sight of Cape Vultures soaring above the trail in the first hour of the race.

And, yes, of course the whales! De Hoop is world-renowned as one of the best whale-watching spots. Between June and December, this coastline is transformed into one of the world’s most important nursery areas for southern right whales. We were treated in abundance with these magnificent denizens of the deep. 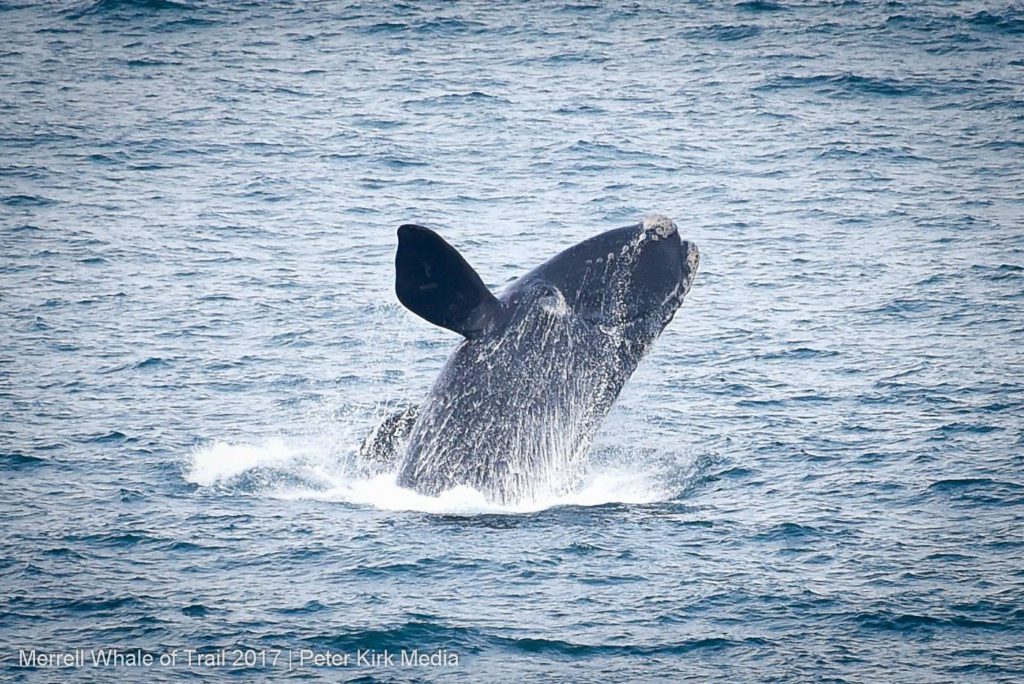 The first 14km stretch from Potberg to Cupidoskraal is probably the toughest stretch of the trail and takes you to the top of the only big climb of the route, Potberg at 611 metres. Here we were spoiled with breathtaking panoramic views of Swellendam in the north, unique views of the Indian Ocean and the Breede River, Cape Infante in the east and Cape Agulhas in the west, where the trail then descends towards Cupidoskraal.

The path follows the crest of the Potberg through mountain fynbos and leads onto limestone hills with strikingly different fynbos, then descends to the enchanting bay of Noetsie at the coast. 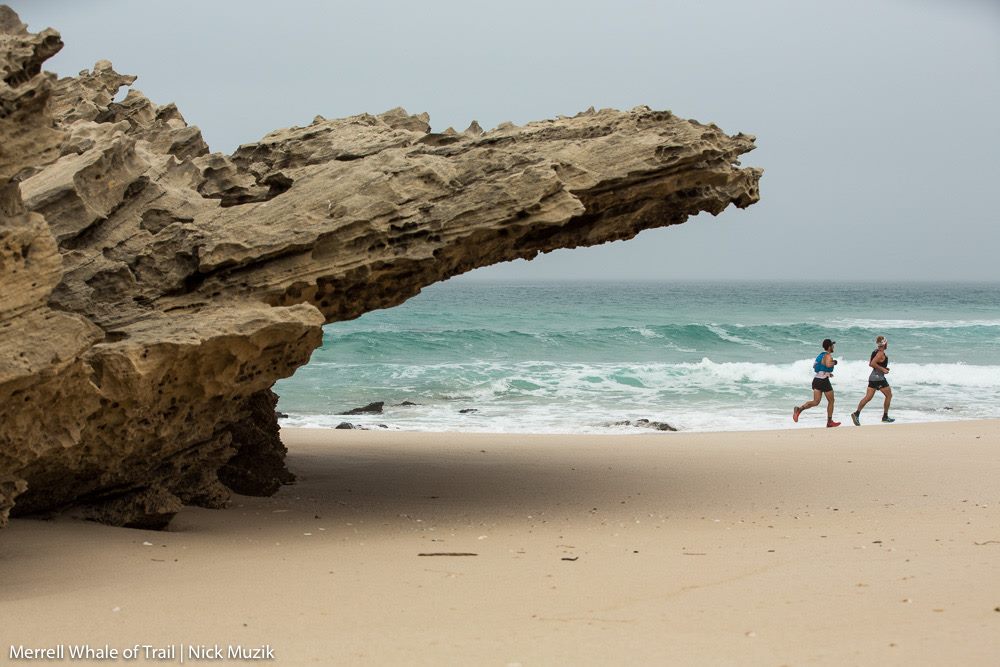 The next section offered several whale watching points until reach a “lovely” sandy beach stretching all the way to Hamerkop. Unluckily, it was high tide, which meant 8km of battling soft sinking sand…

It is well worth the long run on the beach as the views and turquoise rock pools that you eventually reach are splendid. Wow, the Lord sure showcased his majestic artwork in this part of the world!

The last 7km takes you through coastal thickets with the last chance to soak up the scenic landscapes. Before you know it, the bright orange Merrell banners appear in the distance along the path leading up to the finish at Koppie Alleen, where the most enthusiastic crowd welcomes you in!

Although the route profile is completely different to what we were training for in the Alps and the first half of the year, I was up for the challenge to race a bit out of my comfort zone to run over some faster, flatter terrain. Of course the prize money and invitations had many of SA’s finest on the start line and the battle for the top spot would be fierce. 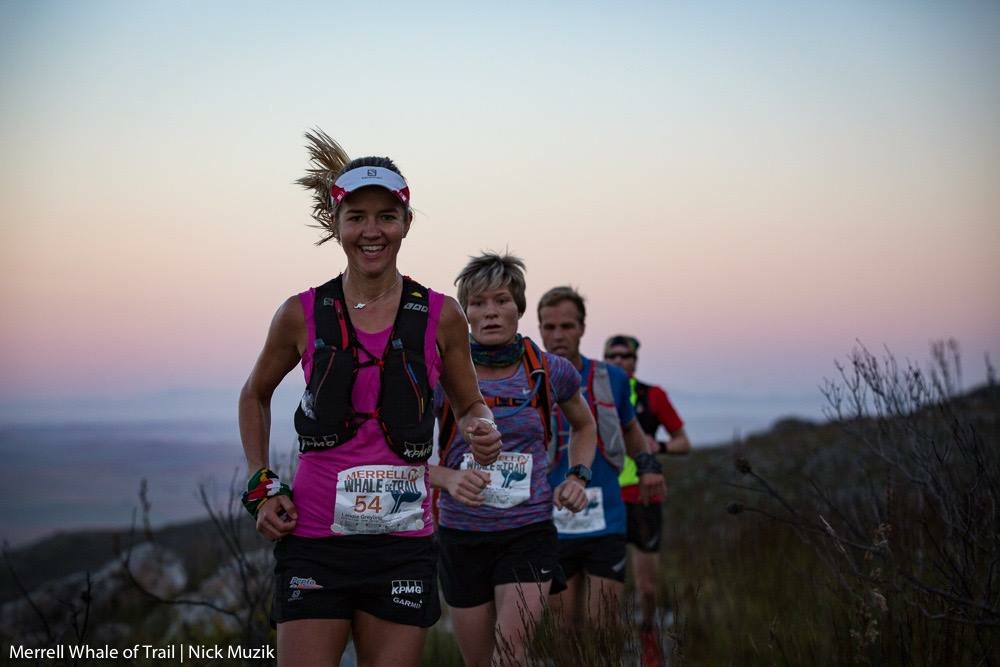 Myself, Robyn Owen, Nicolette Griffioen en Marizanne De Kok were together for the first couple of kilometers, before Marizanne decided to up the pace and took the lead, opening up more than a 3 minute gap at the first waterpoint at 23.5. Nicolette and I stayed together until this point, where I stopped to fill up and she went straight through, with Robs arriving a few seconds later. I knew as long as I could keep Nicolette in sight, I would be ok, as I tend to get stronger the longer the race goes. However, she opened the gas big time and I had to up my pace considerably to stay in touch. Another blow to my shinwound (from a fall in France in June) from a harsh fynbos in the trail however forced me to slow down significantly. I lost contact and the very technical rocky section along the coast was quite daunting to traverse with a leg wound.

We both passed Marizanne at this stage and once on the 8km beach stretch, I could see there was rather a substantial gap between us. I tried to keep focus on the soft sand and dodge the incoming waves. I managed to shrink the gap, but it seemed Nicolette was on song. Just after the marathon mark, good friend and journalist Stephen Granger informed me that the split was 6 minutes. To close that in 10km would indeed be a difficult task, but I was determined to finish strong and I convinced myself it ain’t over till the Southern Right jumps! 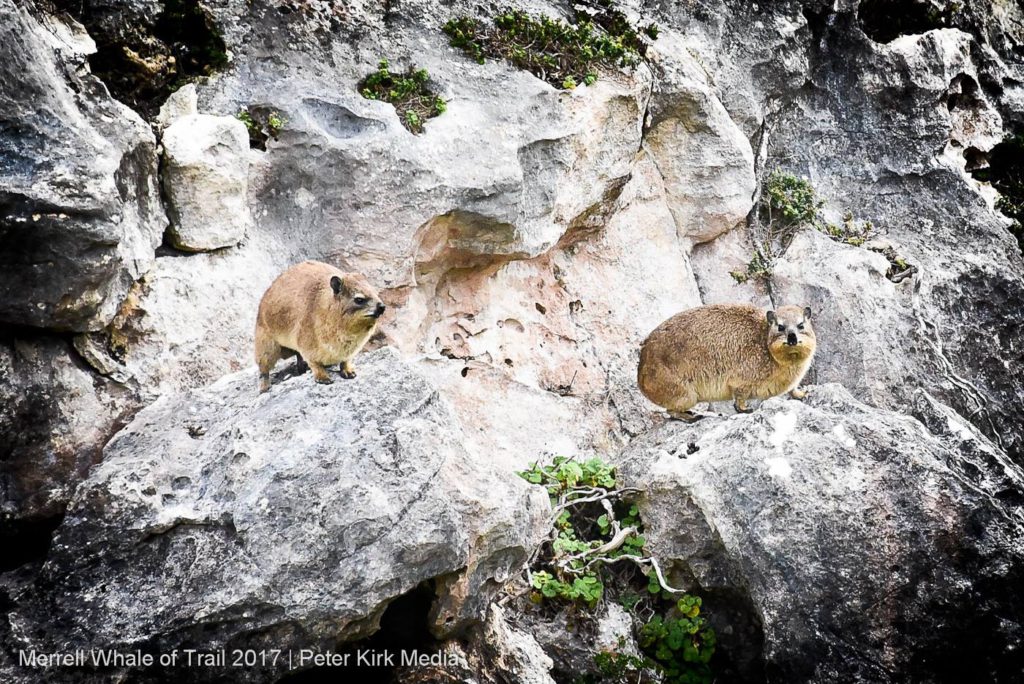 In the end, Nicolette was too good and ran an incredible race to win in 5h38. I was very happy to finish 3 minutes later, with both of us breaking the previous women’s record of 6:08. The finish line atmosphere and the post race chatter and banter were a sure highlight. I once again realized that no matter how much I enjoy winning, it shouldn’t determine my happiness and that sharing the joy of other’s successes, the privilege of health and mobility is always more valuable. 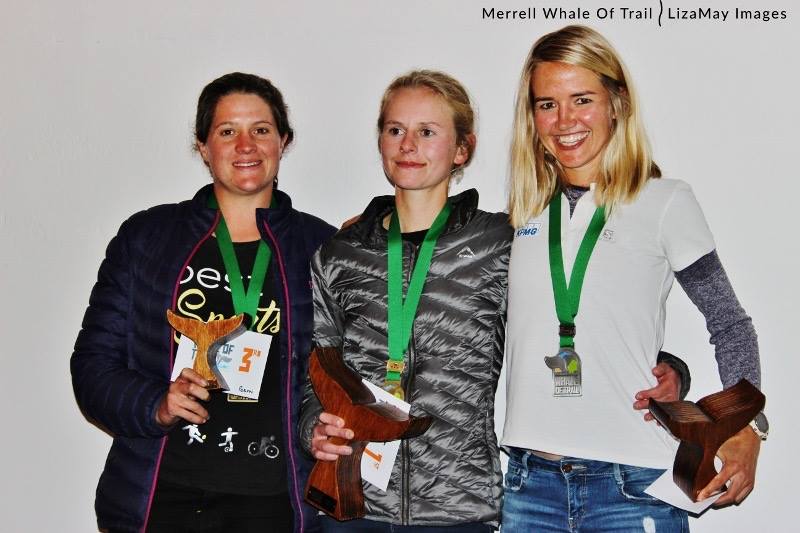 The whole day was bursting with passion, a boundless ambiance, plenty of sufferings and smiles all around! It was yet another wonderful weekend away shared with Christiaan and good friends Robyn, Roelie and AJ, and pretty special to catch up with some legendary Gauteng friends, Jack & Michelle Davis and Colin & Mandy Albertyn as well as Werner Daniel (who inspires me further to live a life without limits through Superfoods and the Rawlicious Tribe).

The endless energy, hospitality, personal notes, seamless organization and sincereness of the Mountain runner team made this event truly unforgettable and highly recommended!

As always, without the support from my hubby, family, friends and off course my sponsors (KPMG, Salomon, Garmin, Peptosport, Best4Sports, Superfoods, Iamsuperbar, Hazz, Buttanutt, Runstrong), my travels and races would remain a dream.